A HISTORY OF VOICES 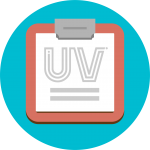 Voices from the nineteenth-century asylum

Literary voices in the twentieth century

Home | Exploring Voices | A history of voices
Experiences of hearing voices have played different roles for individuals and communities throughout human history. In this module, we present four historical and literary ‘snapshots’ to show some of the diverse ways in which voices have been interpreted, represented and understood within a European context. We look at the voices of medieval mystics, of people admitted to psychiatric asylums in the nineteenth century and of famous literary authors in the early twentieth century. We also look at the emergence from the late 1980s of the World Hearing Voices Movement – an international people’s movement.

It is not possible here to do justice to all the different ways in which voices are and have been understood in different social, historical and cultural contexts, and there are many more stories to tell about the history of voices. To find out more, visit the resources section of the site here.